Stock photos are obviously staged, somewhat awkward and often very expensive. There is rarely anything unique about them. The same thing can be said about promotional campaigns for upcoming movies. There is usually a poster, then a teaser, then a trailer, and finally TV and print ads. The funny thing is that when stock photos meet film promotions, you find a fresh way to get people interested in your movie. Kudos to marketers behind Twentieth Century Fox’s new film, Unfinished Business.

Vaughn, Franco and Wilkinson lead the next great business team.

In the movie, actors Vince Vaughn, Tom Wilkinson and Dave Franco (playing an inexperienced business pro named Mike Pancake) head off to Europe, bidding to win the business of a huge client, but the trip goes awry. With Vaughn at the helm, you can expect this won’t be a film for families.

The images, available for free on Getty Images, are perfect spoofs of easily recognizable stock images. In the series of photos, you’ll see Vaughn, Franco and Wilkinson (clearly Photoshopped) looking positive and productive, and positioned to exude ideal business professionals in their ideal work environments. While a lot of companies aim to be more appealing to the public with senses of humor, it’s not hard to imagine seeing this on a website soon.

Why this is great

As I touched upon above, movie promotion involves a formulaic process. The process is the most effective way to get people into theater seats. That’s why studio films make money hand over fist, and independent films don’t. The process is boring, but marketers do a lot of things, big and small, to energize the campaigns. My favorite example is (bear in mind, for a television show) HBO’s placement of a giant dragon skull on an English beach; a promotion for its hit series, Game of Thrones.

Granted Fox’s use of stock photos is significantly smaller, in scale and effort, than a beach dragon, doing something new is always appreciated by marketers and film fans, alike. Will the movie be good? That remains the big question, but in the meantime, I’ll continue to commend whoever thought of this idea. I hope those looking for business-related photos on Getty Images are doing double-takes and laughing at what they find. 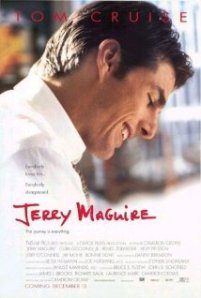 I love movies and I love lists. Out of pure curiosity, I conducted a web search to see what kind of movies there are that have a public relations theme within the plots.  Much to my surprise, there are a lot.  I recognize many of these films’ titles but have never actually seen them.  However, a couple of them happen to be some of my favorite movies of all time.

The variety of PR-based movies available only reiterates the fact that this industry is huge.  There are so many different avenues that an education in public relations can take a future professional.  It appears as though I need to invest some time in watching some of these on-screen portrayals of my future career.

I stumbled upon several lists but most of them contained many of the same titles.  This list in particular, The Top 15 Movies as PR Case Studies, was the longest; therefore, it contains the most titles for the movie binge I will soon enjoy.

Another list, which came from the Truscott Rossman blog, was much shorter, with only five entries.  Although two of the titles are repeats from above, this list contains some of my favorites: Nos. 3 and 5.

This Social Media Today post, 5 Social Media Lessons from Jerry Maguire Quotes, breaks down some of the key messages from the film. And who can forget seeing Tom Cruise screaming into his phone, “SHOW ME THE MONEY!”

A League of Their Own 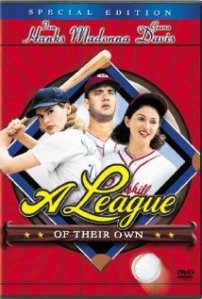 This has always been a favorite for me, however, the PR angle was never the reason.  With that being said, I can definitely see how this film landed on this list.

Set during World War II, American women were called to join the workforce while their male counterparts were sent to war.  One of such jobs to be filled was that of professional baseball players and the general public had a difficult time taking the game seriously with female players.

Jon Lovitz and David Strathairn’s characters, Ernie Capadino and Ira Lowenstein, decided to give the league a rebrand.  They redesigned the players’ uniforms, sent the women to etiquette school and promoted beauty in order to gain the audience’s approval and interest.  Unfortunately, after its short-lived success, the league did not survive on its own.  Just as many PR campaigns, it ran its course and then it was over.  Many victories were had and lessons were learned but the one thing that Coach Jimmy Dugan (Tom Hanks) wants us to all remember is, “There is no crying in baseball!”